One Fish Flew Out of The Oven

I thought it would be romantic to surprise my husband on our 2 month anniversary with a romantic dinner for two in our apartment. I cleaned the apartment; strategically set candles around; set the table with our best (and only) dishes; I wore a beautiful Peignoir; made a nice dinner (well for me anything that I didn’t burn would be nice); put the Carpenter’s “We’ve Only Just Begun” on the stereo (yes, stereo… after all it was over 34 years ago!); and I patiently waited for my dear sweet adorable Marine husband to come home. 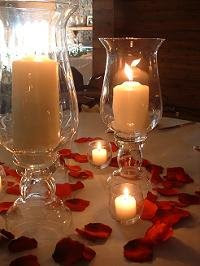 As I heard Jim at the door, so I stood a few feet from the door so that when he opened the door he would see how beautiful I was and he could run to me and scoop me in his arms and sweep me off my feet!(I was much lighter then) Well…. Apparently he must have had a bad day and neither one of us were expecting the reaction from the other. As Jim came in the door he said, “Turn that music off! Why is it so dark in here? Why are you dressed like that? What’s that awful smell?” Yes, ladies, he failed to leave his Marine barking orders at the door! He soon realized it does not work on wives!

A flood of emotions rushed over me as I welled up with tears and ran over to the oven and pulled out the shelf rack in the oven that was holding the dish with the baked fish. As I pulled the rack, the fish flew out of the oven onto the floor and the dish smashed into tiny pieces and butter was everywhere! Well that did it for me! I ran hysterically to the bedroom and locked the door behind me.

My husband told me later it was like a light bulb turned on in his head.

He looked around and saw all my romantic preparations. He walked over to the calendar on the wall and saw I had the date circled. It took him a moment to realize it was two months to the day that we were married. I could hear some commotion in the kitchen, but I was not going to budge from the bedroom. Next thing I heard was something clicking on the door and then I looked up and there was my husband standing in front of me with the whole door in his hands! He said, “There will never be locked doors again between us!” Yes, ladies, he took the door right off the hinges! 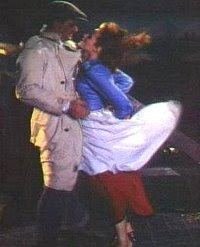 Then he grabbed me like he was John Wayne and I was Maureen O’Hara in the Quiet Man (his favorite movie by the way), and he planted a big ole kiss! Jim apologized for being a complete jerk. He told me to get all dressed up because he was going to take me out to dinner to celebrate our 2 month anniversary! I told him that first I needed to clean up the mess in the kitchen, and he replied, “Honey, I took care of all that for you.”

We finally had our romantic dinner after all….not as I had planned… but I’m sure taster than my greasy buttered fish! 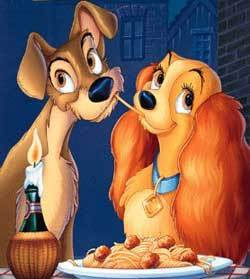 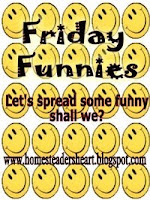 I love your story! Sounds like a real husband!

What a great story! He's a real gem!

Have a wonderful Valentine's day!

I love this sweetie.

Aw, that was sweet. I am glad he turned things around.

Aww, is this a real story? I'm glad he saw the light or you may not have been celebrating your 3rd month of marriage LOL.
Happy Friday to you.
Kim

That is a story straight out of Hollywood. Wow! What a memory! So awesome! So awesome! Thanks for sharing it! You blessed me today! You have a quite a guy!

Sherry @ Lamp Unto My Feet said...

Great story! I can imagine how devastated you must have felt, but he definitely saved the day. :D

That was so cute. I loved that story! So sweet. What a great hubby to apologize...that takes a real man.

I'm so glad things turned out well! Looking back I bet it is funny. (This is a true story, right?) Happy Friday!

oh I just loved it! I loved the music along with the post. I did something like that the other day about strawberry picking with the family. It just gets all the senses going! Happy Friday to you! Amanda:)

Wow, Michelle, that is some kind of story! Marriage is all about compromise and forgiveness...sounds like you both learned a lot that day. It could have been so disastrous, but it turned out to be a very fond memory. I love that! Happy Valentine's Day1♥

Oh, Michele...that was a beautiful story! There are many lessons to be learned from you sweet story. The final scene is like the Officer and a Gentleman...sweeping his lady off her feet :-)

That is so sweet! Now that is romance!

THAT was the sweetest story I have ever read! How precious! Thank you for sharing the romance of life! I loved it! What a hunk! John Wayne and all!!!! Wowzers!

I would have loved to have you with us when we shared lunch with Marsha!!!! It as so good! Sweet times!