My Quest For A Healthier Me 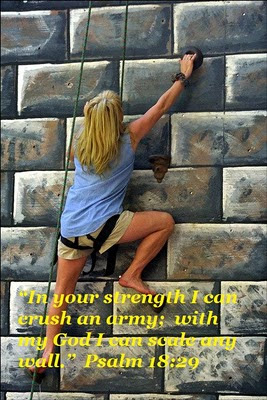 I don’t know if it’s because I’m getting older, but doesn’t it feel like the days and years pass by awfully quick?  I was just getting used to writing 2010 and now we have to write 2011!  I remember when I was a child and even a teenager I thought the days and years went by too slow.  Jim and I were talking the other day about when we were younger we thought people our ages were old.  I was teasing Jim that he is pushing 60 and he said he no longer thinks that is old anymore.   Isn’t it funny how as we get older we don’t think we are that old, but then we talk with someone in a younger generation and they will say, “You’re that old?”   Mark Twain once said, “Age is an issue of mind over matter.  If you don't mind, it doesn't matter.”   I have an Amish kitchen wall hanging that says, “Vee Get Too Soon Oldt, und Too Late Schmardt!”  Isn’t that so true?  Although, I am waiting to get “schmardt!”

This year I am continuing my pursuit on becoming a “healthier me”.  I need your continued prayers - not only prayers regarding my chronic health issues, but included in that I need to lose weight so I will become healthier.  The doctors say it is a “catch 22”, my age, chronic health and obesity work against each other.  Between the health issues, medications, and now the breakdown of my knees, they all make it extremely difficult to lose weight.  Difficult – but not impossible!  “But Jesus looked at them and said, “With men it is impossible, but not with God; for with God all things are possible.” Mark 10:27 (NKJV).

I continue to believe that “I can do all things through Christ who strengthens me.”  Philippians 4:13 (NKJV).   As the bible verse says on my blog, “In your strength I can crush an army;  with my God I can scale any wall.”  Psalm 18:29 (NLT).  There is an army of health issues and years of negative thinking that is trying to destroy me, but I must keep on believing that with my God I can crush these armies that are trying to destroy me and scale any wall of doubt and destruction that the enemy throws at me.

We serve an awesome God who knows exactly what we need and when we need it; I know that He will bring along mighty prayer warriors who will not only pray for me, but will also encourage me as I continue on my quest for “A Healthier Me”.

God bless you and your family in 2011.  I know He has might plans for us all.
Posted by Michele Williams at 1:14 PM

Michelle....it's a NEW DAY and YOU are FREE! Those old chains of bondage can be broken...here's to WHO you are in Christ this year!

peace to you and prayers for a happy, healthy and grace filled New Year!
lori

Wow! Just found your blog and I LOVE it! God bless you in your ministry to others.
Debbie