Have You Thanked A Veteran Today? 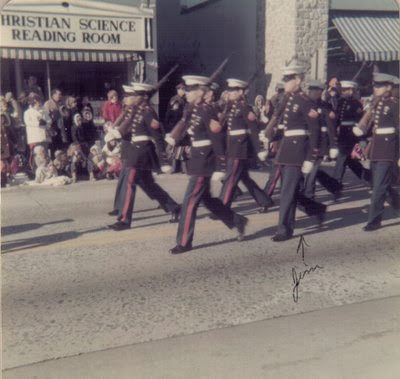 "For everything there is a season, a time for every activity under heaven……. A time to love and a time to hate. A time for war and a time for peace.” Ecclesiastes 3:1,8 (NLT)

“Remind the believers to submit to the government and its officers. They should be obedient, always ready to do what is good.” Titus 3:1

The other day my husband, Jim, read about Marines on their way home from serving in Afghanistan who were upgraded to first class on their flight from Chicago to San Diego. Apparently American Airlines has a policy to upgrade servicemen and women in uniform whenever possible. This one plane had six empty seats in first class for the group. That gesture was followed by seven first-class passengers who jumped out of their seats for the other Marines so they could sit together. (http://www.foxnews.com/us/2013/11/06/7-first-class-passengers-give-up-seats-to-marines-returning-from-afghanistan/)


Jim was thrilled that his fellow “Jarheads” were receiving such accolades. Immediately our thoughts went back over 40 years when Jim was in the Marine Corps. Back then most Marines didn’t  wear their uniforms when they traveled home because of the protestors. There were no welcome home signs, no parades, and no accolades of praise for their service to their country. I remember one Veteran’s Day Parade, Jim was wearing his dress blues while marching in the drill team; there were some cheers, but mostly there were individuals who were shouting obscenities and calling them “baby killers” and “Warmongers”, along with those obscenities there were tomatoes and raw eggs thrown at them as well. Marines weren’t too popular back then…

My mom and I were in tears as we stood on the sidewalk cheering our servicemen. When Jim came home his uniformed was stained from the tomatoes and eggs that were thrown at him that day. Unfortunately this was not an out of the ordinary event for our Vietnam military men and women.

As my husband finished the article he was reading, Jim said, “I am so glad America got it right with this war. “ Jim was not saying that war was right, but that you don’t “shoot” the messenger. We may not agree with the cause/war – but we should give all respect and honor to those who are serving and protecting our country so we can have the freedoms that we have to this day.

My heart goes out to my husband and all men and women who served during Vietnam. To each of you, though this is over 40 years late… Thank You for Your Sacrifice and Service to our Country.

Dear Lord, I thank You for the brave men and women who put their lives on the line daily for our nation! They are living out what it means to serve. They are a blessing to this nation and I pray that You will watch over them with your shield of protection. Without these brave men and women of honor we would not be the country we are today. I hold them in high esteem and I am grateful for each of them and their unbridled sacrifice. Thank You for the men and women in our armed forces, Lord! Bless them and their precious families today and every day. In Jesus Precious Name, Amen 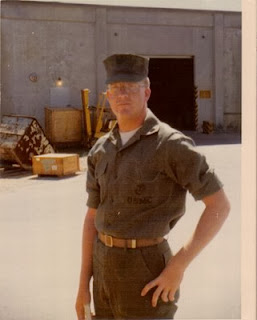 Posted by Michele Williams at 7:00 AM